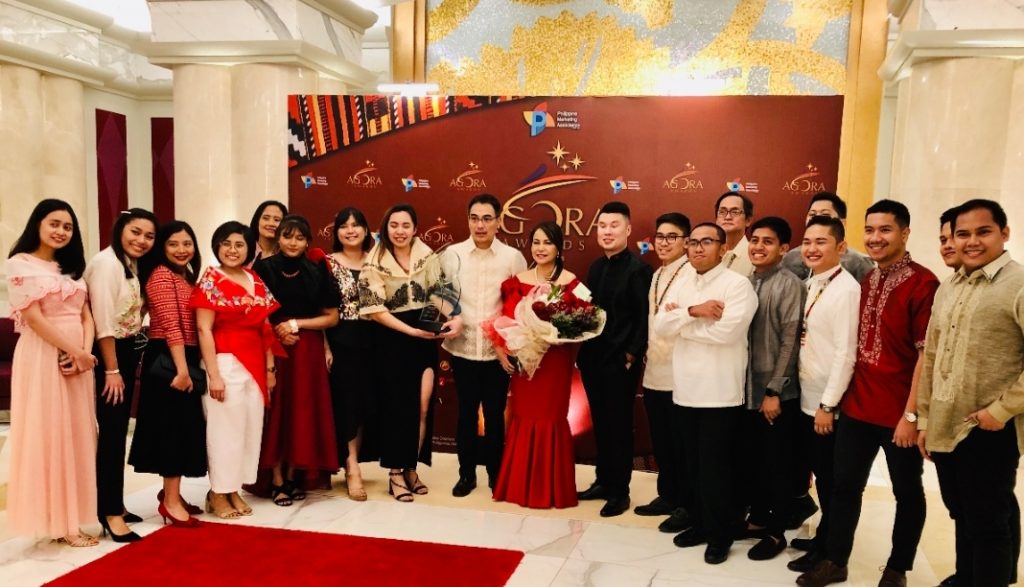 With the help of a strategic marketing campaign that highlighted the unparalleled three-in-one features of safety, reliability and convenience, Phoenix SUPER LPG was recognized at the 40th Agora Awards, affirming its role as the Filipino’s new trusted cooking partner. The product, particularly its innovative German-made SRG regulator-indicator, was part of the winning entry that earned Phoenix Petroleum the distinction of being the Marketing Company of the Year, which is considered to be the most prestigious honor given in the local marketing industry.

“In the last few years, we have aggressively endeavored to connect with our customers and build a solid relationship with our market. This is also part of our thrust to offer the best customer experience as we transform Phoenix into a multi-industry consumer brand,” said Phoenix chief operating officer Henry R. Fadullon. “From a little-known brand several years ago, Phoenix now ranks third in terms of patronage and loyalty, and it is largely because of our best-value offerings complemented by innovative marketing and communication campaigns,” he added.

Phoenix SUPER LPG boasts of a German-made SRG regulator with improved safety features including a safety valve that stops LPG flow in case of leakage, an easy snap-on mechanism and secure connecting system that guarantees easy installation and movement, and a reserve indicator that lets users know how much content is left, so the usual guesswork of when to re-order is avoided.

“Phoenix SUPER LPG, with its German-made SRG regulator-indicator, is a revolutionary product meant to spread the joys of cooking to Filipinos across the country. It offers the safe, sigurado and simple cooking experience, banking on its distinct features that prove to be of great value to every kitchen. We are proud of this recognition from Agora as it affirms our belief to put the customer in the heart of our business,” said Phoenix AVP for integrated marketing & strategies Celina Matias.

With its vision to be an indispensable partner in the lives of Filipinos, homegrown company Phoenix Petroleum has risen to the challenge of innovation in the otherwise mature market of liquified petroleum gas when it started its LPG business in 2018. Since then, the company has been aggressively pursuing the market.

Phoenix sought to highlight SUPER LPG as a new cooking partner in Filipino homes when it launched in 2019 the “Sarap Pala Magluto” campaign bannered by its exclusive brand ambassador, singer and actress Sarah Geronimo. Followed by a series of community-based activities and events such as cooking demos and product promotions, Phoenix SUPER LPG has effectively positioned itself as a valued new member of the Filipino household.

To make the products even more accessible to consumers, Phoenix unveiled its network of SUPER Hubs—standalone stores where customers can buy Phoenix SUPER LPG products and the new SRG regulator. Online delivery through Phoenix’s official website (www.phoenixfuels.ph/lpg) and the special delivery hotline #SUPER (#78737) have also been made available to cater to today’s tech-savvy generation of culinary enthusiasts.

Citations such as the Agora Award’s Marketing Company of the Year are a testament to Phoenix’s intimate and genuine knowledge of its customers and stakeholders, and its keen orientation and commitment toward marketing excellence is what it continues to uphold as its key strategy in disrupting an already tight and competitive market. 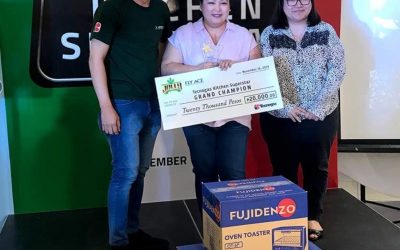 With the objective of promoting culinary excellence in the country, Tecnogas Philippines recently hosted its first-ever cooking competition entitled “Tecnogas Kitchen Superstar”. The live cook-off served as an exciting platform for food enthusiasts with no professional culinary experience to showcase … END_OF_DOCUMENT_TOKEN_TO_BE_REPLACED 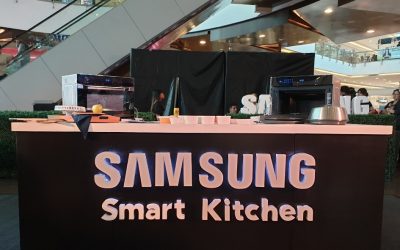 With everyone’s busy lifestyle, it’s hard to find the time to create dishes that are healthy and delicious. Many would opt for instant or ready-to-heat food, which may not be the most nutritious choice. Samsung’s Smart Oven aims to make … END_OF_DOCUMENT_TOKEN_TO_BE_REPLACED

Momshies, when it comes to cooking, we only pick the best ingredients for the best recipe we will provide our family. We always want the best, don’t we? And when it comes to kitchen needs, I choose the premium brand, … END_OF_DOCUMENT_TOKEN_TO_BE_REPLACED

Mommies and daddies, have you been a part of any homemakers or cooking club? Honestly, I’m a member of a homemakers club, but aside from receiving emails about their products and some home and cooking tips, there’s nothing more beneficial … END_OF_DOCUMENT_TOKEN_TO_BE_REPLACED