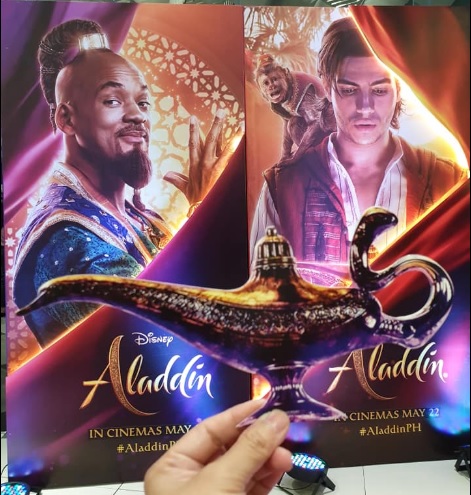 More than two decades ago, I was amused by the animated film produced by Walt Disney – Aladdin. I still remember, we watched at the SM North Edsa. There was a long queue of children with their parents, because Aladdin was such a big hit during those times. Plus the fact that our very own Ms. Lea Salonga together with Brad Kane, sang the animated film song, “A Whole New World” was really a plus factor to watch the flick.

After 26 years to be exact, I queued with my daughter at the SM Megamall IMAX to watch Aladdin. Yes, time flies fast and I don’t want my daughter to miss this amazing movie. This time, it’s a live action remake of Aladdin, starring Mena Massoud as Aladdin, Naomi Scott as Princess Jasmine and Will Smith as The Genie.

Honestly, I don’t want to compare the two Aladdin movies, because they were presented in different ways. The old one is an animated film and the other is live action movie. There’s a big difference in terms of production and technology used during the makings of the two. Do you agree?

The animated Aladdin has it’s own glory likewise the new Aladdin.

The Genie (photo from Disney https://www.image.net/aladdin)

Aladdin of today is more of a musical presentation. I do love Will Smith’s portrayal of the Genie. It was exaggerated, yes, but comm’on if you were stuck inside the lamp for thousand years, you’ll really be excited once you’re freed.

We were in awe with the big production for The Genie. While watching, my daughter feels like dancing too. (I don’t want to spoil, so please watch Aladdin).

As for the Mena Massoud’s portrayal of Aladdin, well he’s a cute thief. He’s really the Aladdin on my imagination. I read he took crash courses to learn to sing and dance for this movie, and he delivered a good acting especially when Aladdin and Princess Jasmine have to dance in front of the King (Watch the movie, so you’ll know).

For Naomi Scott, she’s a perfect example of a leader who advocates for woman empowerment. She was struggling to rule and win against evil, Jafar, played by Marwan Kenzari, who’s also a good actor.

Aladdin and Princess Jasmine’s magic carpet ride is a must see. 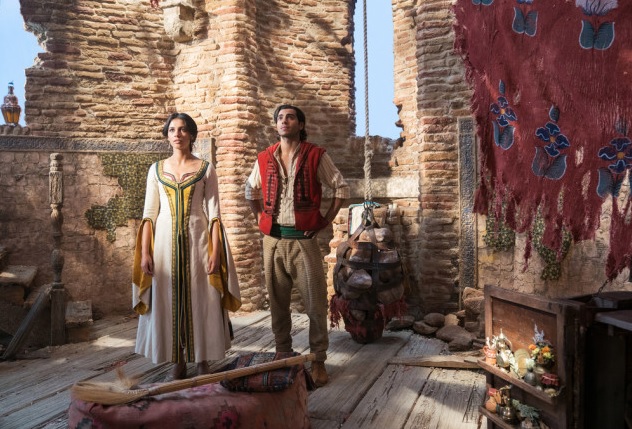 Just a tip, you will learn something new from Aladdin movie, some stories that wasn’t presented in the animated Aladdin. Again, it’s for you to find out.

Watch Aladdin with your kids, I am 100% sure that YOU WILL ENJOY IT! Aladdin is showing on May 22 at SM Cinemas nationwide.